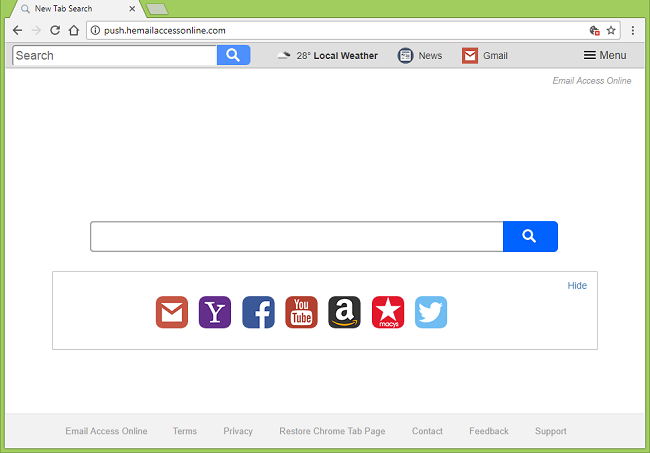 If push.hemailaccessonline.com (Email Access Online) page started appearing when you launch your browser or open new tabs, then you likely have an unwanted browser extension installed. Extensions that alter homepage and similar settings against users’ wishes are called browser hijackers. Their main purpose is directing more traffic to certain sites, however browser hijackers often also keep track of users’ browsing habits (what sites they frequent, what search queries enter) and display ads based on gathered data. Browser hijackers are mostly distributed via freeware sites and get installed together with programs users download from these sites. You may follow instructions below to uninstall the browser hijacker and remove Push.hemailaccessonline.com from your browser. READ MORE 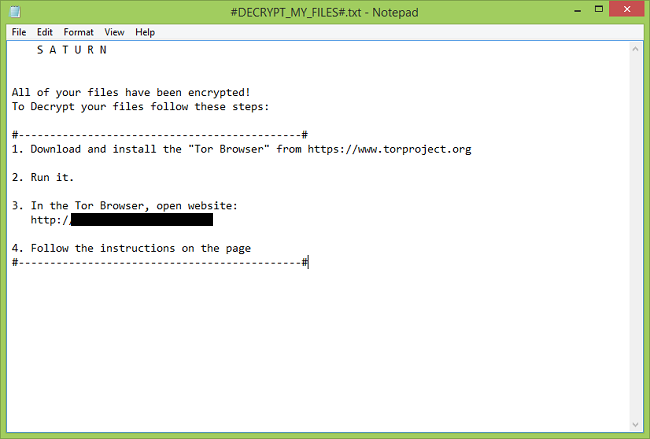 What is Saturn ransomware

Saturn is a new ransomware variant that is actively distributed right now. Saturn has its own affiliate program, offering anyone to create an account, download their own version of Saturn encryptor and distribute it, earning revenue share when their victims pay ransom. Because of this Saturn may be distributed in many different ways (spam emails, pop-ups asking users to download something, RDP brute force attacks, etc.), and the amount of ransom asked may vary. Once on a computer, Saturn encryptor encrypts users’ files and drops #DECRYPT_MY_FILES#.txt and #DECRYPT_MY_FILES#.html ransom notes and #KEY-[user-id].KEY file into every folder where files were encrypted. Unfortunately, security researches that have studied Saturn say that it uses a secure encryption method, and files cannot be decrypted without the decryption key. There still may be a slim possibility to recover files for free if Saturn creators release decryption keys to everyone in the future (that has happened with several ransomware variants before) or if their Command and Control servers are seized by law enforcement. There are also ways of file recovery that may work and recover at least some encrypted files. You may use instructions below to remove Saturn from your computer and try to recover encrypted files. READ MORE 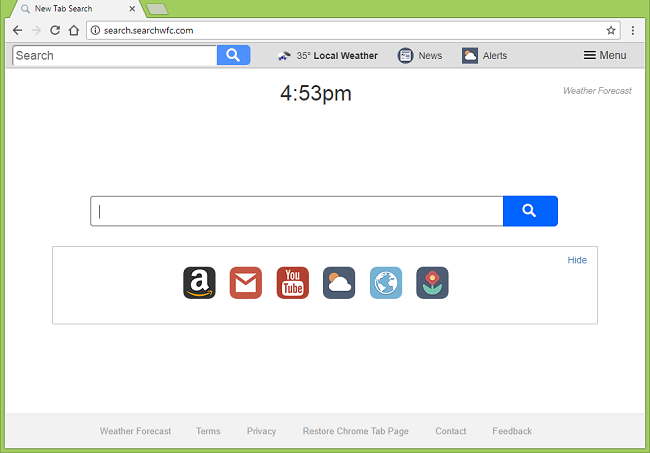 Search.searchwfc.com (Weather Forecast) may become your browser’s startup page or open on new tabs if you have a browser hijacker installed. Browser hijackers most of the time come in the form of browser add-ons. They can change homepage and similar settings of a browser to make users visit specific sites time and again, boosting those sites’ traffic and increasing their advertising revenue. You may get a browser hijacker installed when you install a free program and rush through the installation without checking what other programs may get installed along with it. This step-by-step guide will help you to uninstall the browser hijacker and remove Search.searchwfc.com from your browser. READ MORE 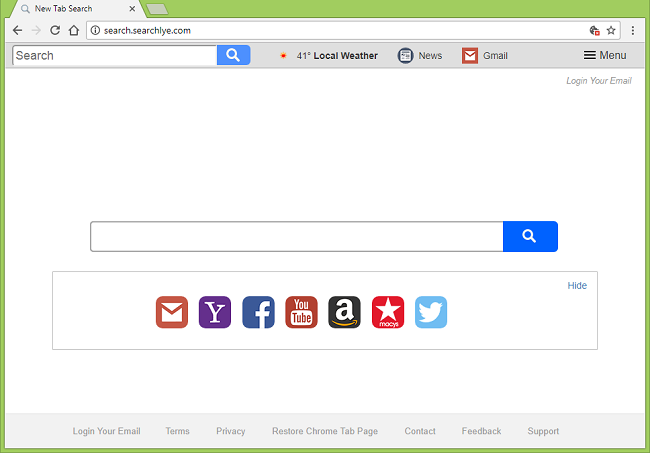 Search.searchlye.com (Login Your Email) may hijack your browser’s new tab page and start page and return after you remove it from browser settings. If that happens, then you likely have an unwanted browser extension installed. Extensions that alter browser settings against user’ wishes are called browser hijackers. They are mostly distributed in freeware bundles: a user installs some program downloaded from a freeware site and don’t decline all extra apps that are offered for installation; a browser hijacker and some other PUPs (potentially unwanted programs) get installed on their PC. You may follow instructions below to get rid of the browser hijacker and remove Search.searchlye.com from your browser settings. READ MORE 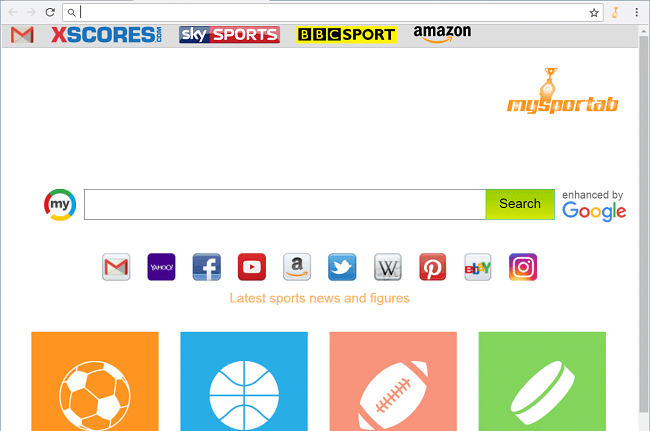 What Is My Sport Tab?

My Sport Tab by Myway (“Enhanced by Google”) page may become your new tab page, homepage or startup page after you install some free program and don’t opt out of extra offers. One of these extra offers may turn out to be MySportTab browser extension. Extensions that change homepage and similar settings of a browser against users’ wishes and don’t allow them to alter these settings anymore are called browser hijackers. This step-by-step guide will help you to get rid of the browser hijacker and remove My Sport Tab from your browser. READ MORE 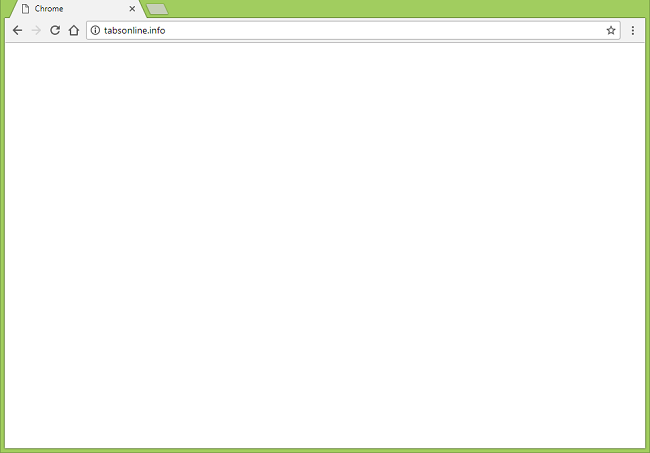 If tabsonline.info page opens on your browser from time to time with the words “Chrome is Updating… Please don’t close this page! This page will close auto when the update is finished!” or as a blank page, then you likely have adware installed on your computer. Tabsonline.info, while open, may use a lot of CPU, slowing down your system. Adware causing tabsonline.info pop-ups may have ended up on your computer after you installed freeware and didn’t opt out of extra programs offered or, for example, after you run an .exe file downloaded from a questionable source. You may follow this step-by-step guide to get rid of the adware and stop tabsonline.info pop-ups. READ MORE 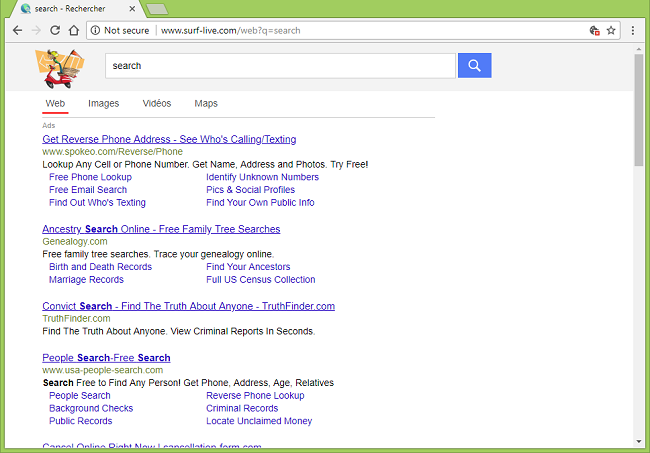 If www.surf-live.com have become your browser’s homepage, new tab page and start page, and your default search engine have been set to http://www.surf-live.com/web?q=, then you likely have a browser hijacker on your computer. A browser hijacker is a piece of software capable of changing homepage and similar browser settings on users’ computers to direct more traffic to certain sites, usually to increase those sites’ advertising revenue. Browser hijackers are mostly distributed in bundles with free software, but sometimes users install browser hijacking extensions themselves, without knowing that those will do. You may follow instructions below to get rid of the browser hijacker and remove Surf-live.com from your browser. READ MORE 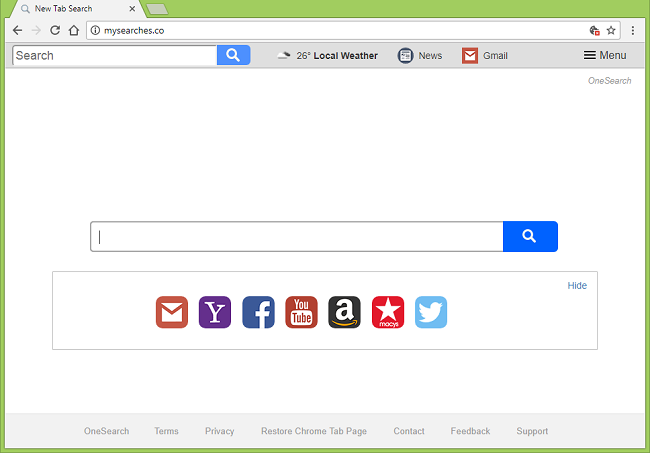 A browser hijacker can set your browser’s new tab page and start page to search.hgetsports.net (Get Sports) and not allow you to change them to something else. Browser hijackers are usually browser extensions, they alter homepage and similar settings to direct more users to certain sites and increase those sites’ ad revenue. Browser hijackers often collect data about users’ Internet activity (URLs they open, search queries they enter) and technical data about their computer and send it to the extensions’ creators’ servers. That data is primarily used to deliver customized ads to the users later. You may follow this step-by-step guide to get rid of the browser hijacker and remove Search.hgetsports.net from your browser. READ MORE 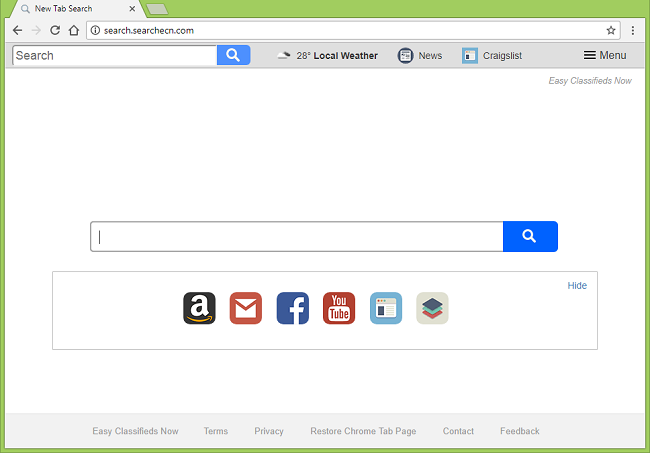 A browser hijacker can make Search.searchecn.com (Easy Classifieds Now) your browser’s new tab page and startup page and counteract your attempts of removing this site from your browser settings. A browser hijacker is a piece of software (usually a browser add-on/extension) that can change some browser settings to force users to visit certain sites time and again. Browser hijackers often collect information about users’ browsing activity (sites they visit, search queries they enter) and some technical data about their computers and use this data to display targeted ads in browsers or share it with third-party advertisers. You may follow this step-by-step guide to uninstall the browser hijacker and remove Search.searchecn.com from your browser. READ MORE 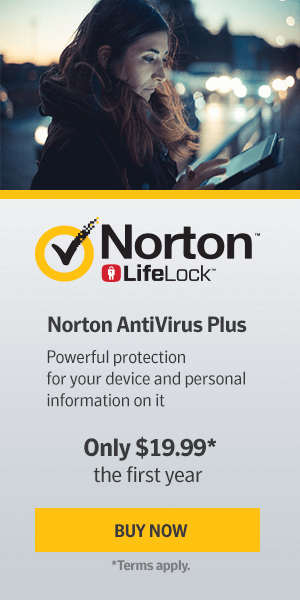